Notice: We can not guarantee 100% accuracy of the information on this specsheet.

Google Pixel Tablet - What We Know So Far:

Google teased "Pixel Tablet" during its keynote presentation for the I/O 2022 developer conference on May 11th, 2022. Although it's been a few years since Google released its own tablet, the rest of the tablet market (specifically, Apple and Samsung) has refined its offerings with sleek, aluminum frames, loud, expansive speaker systems, and trim bezels that make whatever's on their bright, high-refresh-rate screens practically jump out at you. Even the most basic Chrome OS tablets appear to be more current than what Google has demonstrated thus far.

Another odd aspect of this design is that it has no resemblance to the Pixel phones. The connection between an iPad Air or iPad Pro and the latest iPhones is immediately apparent. I'm not requesting that Google add a camera bar to the back of the tablet (though perhaps it should? ), but this tablet appears like it could have been produced by any firm and doesn't quite blend in with Google's Pixel 6, 6A, 7, or even the Pixel Watch. It nearly looks like something a manufacturer would throw together for a client.

2023 is still a long way off, so Google has plenty of time to make changes. We also don't know anything about the hardware: which Tensor processor is on board? How much memory and storage will be available? Is pen input supported? Will a version with less obtrusive black bezels be released? Are keyboard attachments detachable? (As for the last issue, there appeared to be pogo connection pins on the back of the tablet, so it's possible.) I'm also evaluating its design in light of what we know about this year's Pixel product range. By 2023, Google may have returned to a matte plastic look, and the Pixel Tablet will be right at home. It'd be an interesting move following the Pixel phones' embrace of premium metal and glass finishes, but it wouldn't be the strangest thing I've seen Google do.

It's difficult to tell for sure, but that appears to be plastic from this angle. Of course, hardware will not determine whether the Pixel Tablet succeeds or fails. It will all come down to software, and Google has a long way to go before demonstrating that it cares for Android tablets. In the next weeks, the business says it will update more than 20 of its first-party apps to better support tablet displays, and it claims it has received backing from key third-party apps to create tablet versions of their Android apps as well. But that's a story we've heard before.

1. When will Google Pixel Tablet release ?

Answer: The Google Pixel Tablet will release in May, 2023

2. What is the Price of Google Pixel Tablet in Bangladesh ?

Answer: The Google Pixel Tablet Price in Bangladesh is About 62,000 BDT.

3. What is the Price of Google Pixel Tablet in USA ?

Answer: The Google Pixel Tablet Price in USA is About 600 USD.

5. Which Processor does Google Pixel Tablet have ?

6. How Much RAM and Storage Memory does Google Pixel Tablet have ?

7. Which Type of Display does Google Pixel Tablet have ?

8. What is the Battery Capacity of Google Pixel Tablet ? 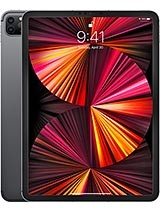 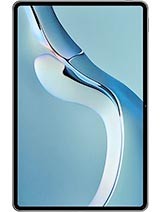 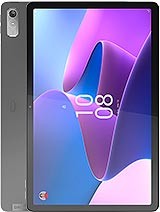