Top 3 reasons why your GoPro 7, 8, 9 or 10 is freezing repeatedly! How to Fix GoPro Freezing issue?

In GoPro freezing is one of the most irritating and destroying moments of all, because when you’ll be climbing a mountain or doing a bungee jump or you’re riding a motorbike or bikes or shooting an important scene then obviously you don’t want your camera to get frozen. At some points, all GoPro users faced this issue once or multiple times. If you’re still facing the same freezing issue in your GoPro Hero7 or Hero8 or Hero9 or any version then this article is for you.

GoPro is one of the most compact action cameras of all. So, there is very less scope for customizing the features externally. GoPro cameras can get frozen for multiple reasons. But among all the possible phenomena there are three (3) most common factors which may affect your camera while shooting 4K UHD videos or full HD videos at higher frame rates. Your GoPro may freeze constantly due to-

But you will have to select one that has the fastest read/write speed so that when you’re recording a 4K UHD video it can store the video footage in a faster way otherwise your camera may freeze and stop recording right at that point. i.e.: If you’re recording a video that generates 70MB/s (variable speed depends on the scene, color, frame rates, etc) and you inserted a memory card that can write up to 60MB/s then it may able to record for a few seconds or minutes but in some point t it’ll not be able to store anymore due to mismatch of the writing speed. So, you better get a memory card that can top your GoPro’s maximum settings. GoPro published several articles on this issue and they have also recommended several memory cars with compatible ratings. If we can mention a few of the names then these will be our recommended list will be:

Technically it works for a few days, but you will notice in your GoPro a dialogue saying “Please use GoPro official battery” or something like that. What happens, when you use clone batteries from unnamed companies, it may power up your devices but to run a powerful action camera like GoPro you better supply adequate power to the camera, you need to make sure the camera is getting a sufficient amount of power when recording videos at a higher resolution or higher bit rate otherwise it won’t withstand and will freeze during recording. In my case, I have seen my GoPro just used to freeze multiple times when recording a video at 4K@30fps or even at 1080p@60fps. After reaching to certain battery percentage it can’t record anymore and it freezes.

Then I switched to a newer battery pack which is a genuine GoPro battery for Hero8 and it just worked perfectly fine. So, I would recommend you guys do the same, even though the price is a bit higher still you will have to use genuine batteries.

To do it correctly just follow the steps shown on the official GoPro site: https://gopro.com/en/us/update

So, I guess any one of the mentioned tips will work for you as well. If still not fixed then visit a official GoPro service center nearby. Because unskilled hands can destroy the waterproof cushion and may cause other dmage in the camera. 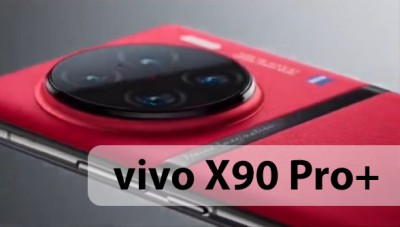 Recently vivo introduced their latest V2 chip for the camera upgrade that will come with the upcoming vivo X90 lineup....