From the form factor to audio quality everything just got upgraded. Sony’s WF series is widely recognized for its extreme noise cancellation capability and design. Among all the TWS earphones, Sony just created its place with its excellent audio quality and other features, andSony WF-1000XM4 is one of the industry-leading TWS earbuds as Sony claims. Let’s just get to know more about Sony WF-1000XM4...

What’s inside the box?

Inside the box, there are a few accessories including the earphone and charging case. After opening the package, you’ll find a user manual, an additional two (2) pairs of tips, the earbud itself and the charging case, and finally, the Type-C USB charging cable.

Design and shape: The charging case is totally new and comes with a Type-C USB port for charging, and it supports Qi wireless charging as well. There is no other special feature in it except them, Sony kept it pretty simple and very basic. Sony just made a huge change on the ear tips. In previous models, it used silicone tips in all, but in this model Sony WF-1000XM4 they’ve used polyurethane foam instead of traditional silicone. What does it do? It has several benefits. The first one is passive noise cancellation. Polyurethane can cancel out noises in a passive way better than silicone. And, secondly, the tips just fit nicely with proper comfort.

It comes with the regular InfraRed sensor for an automatic play/pause option when you take off the earbud and put them back on. The center big portion is the touch-sensitive area where if you tap on the left circle it will switch between ambient sound mode to noise cancellation and vice versa. Tapping on the right side plays the ongoing audio and pauses if touched again. For the next track, you have to press twice and for going back to the previous you’ll have to tap thrice.

Audio quality and Noise Cancellation: The Sony WF-1000XM4 is one of the best wireless earphones because of its rich sound, deep bass, and lossless audio delivery. The 6mm driver can deliver 20% more efficiently than the previous model. As we have tested playing a different type of song from various genres to justify whether it is designed for only a few genres but we have found in all genres it performed much better and delivered pure sound as it should. People who love loud music or deep bass, they’ll be easily satisfied by the sound quality of the Sony WF-1000XM4. If we want to compare with the latest Apple AirPods Pro then I must say, Sony WF-1000XM4 tops the AirPods Pro in several aspects which should be brought under concern. Firstly, if we want to compare from a perspective of loud music then Sony WF-1000XM4 wins the race. And also in regards to bass, Sony wins because of its high-quality audio driver and efficient driver design. Personally, I think Sony WF-1000XM4 delivers more powerful bass than the Apple AirPods. But AirPods is a series that can be considered a “Jack of all trades”.

The only thing that concerned us is the no Qualcomm aptX support, though it works just good with Sony’s LDAC support, you won’t feel that much of a difference, but in extreme testing conditions obviously these factors matter. Another thing is compatibility, in order to play through aptX you have to have the aptX support both mobile and earbuds otherwise it doesn’t really matter if you have aptX on only one side.

The mid-tone and treble were accurate and very precise at the same time. What we can see in most of the earbuds, they can’t balance the mid-tone and the treble whereas the Sony WF-1000XM4 balance all type of frequency so nicely without distorting others. Previously, we had tested the Beats Studio buds in our studio and it was not as surprising as we expected. If you want us to mark these three (3) earphones, Apple AirPods Pro, Beats Studio Buds, and the Sony WF-1000XM4 then it would be,

(Marking was done depending on several factors from design, backup time to audio quality, the entire scale was 10)

Sony WF-1000XM4 just fits nicely in your ears. It is a very compact earbud. You can walk, run and do all your exercise wearing earbuds unless it shakes too much, it will not fall from your ears that easily.

The major feature of the Sony WF-1000XM4 is the Noise Cancelling feature. Sony is just doing great day by day on ANC. They claim they made this earphone 40% more efficient than the Sony WF-1000XM3. What we experienced when comparing a few industry-standard earphones with Sony WF-1000XM4 then none can top the Sony. ANC (Active Noise Cancellation) is one of the major features of wireless earbuds nowadays. Comparing this feature you can tell the differences between different earbuds. ANC is a feature by enabling you can eliminate all the noises of your surroundings. What our team observed, in several earbuds if the ANC is activated then it affects the audio quality and which is just bad in one word. The industry-leading TWS earbuds always make sure to work in ANC without harming the main audio. And this has become the main challenge to making an earbud more efficient. Apple is doing great in this race but again Sony just tops all. It feels so quiet when you activate the ANC in your Sony WF-1000XM4.

Battery and Play back duration: Sony advertised the Sony WF-1000XM4 can stay awake for up to 36 hours, which is around 4 hours extra than the previous Sony WF-1000XM3. With ANC on, we got back up of seven (7) hours and a half. Without ANC it can stay with you for approximately 11-12 hours. Complete charging of the charging case can take up to one (1) hour and a half or a little less.

Pros and Cons: Though it is indeed one of the best TWS earbuds in the market currently still it has a few draw backs. Let’s just differentiate few of them in the pros and cons.

Should you get it or not?

As we always suggest our readers test before buying. If you have the opportunity to test the earbuds in your hands, then go for it first, because the things that we disclosed could be ideal for several users.

But what we can say is, that the Sony WF-1000XM4 is one of the industry-leading TWS earbuds, from the minimalistic design to its best feature including Active Noise Cancellation, it can top all other TWS earbuds in the market. Though, it has a few drawbacks such as compatibility. If your concern is multipoint connectivity then it would not be a wise decision to get it, but if you’re more concerned about the audio quality, deep bass, balanced sound, and battery backup then this could be your next best companion as the wireless earbuds. Though you can get an Apple AirPods Pro for a cheaper price as we said, if you are concerned about the top-notch performance then Sony WF-1000 XM4 is the best choice for you.

Ashiqur R., by profession an Electronic Engineer who covers various news, articles, or reviews for SpecDecoder. Got a Bachelor' in Electronics and Electrical Engineering. Also, conducting a few research on vehicle automation. Love heat engines a lot! 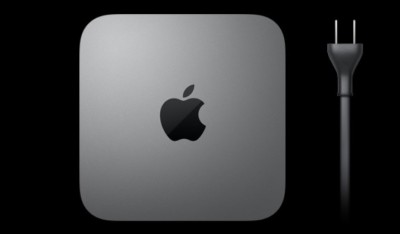 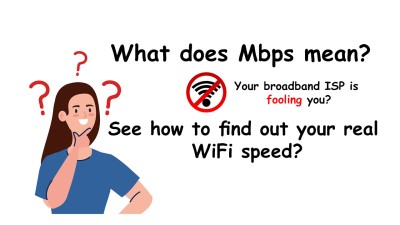 The Internet is the reason why you’re reading this article on our website. So, in a normal sense, it connects... 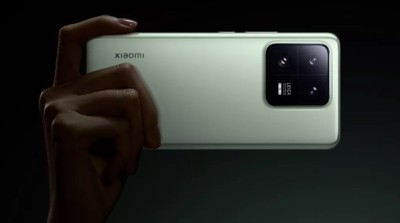 Xiaomi 13 smartphone will run Android 12 OS and have an Octa-core processor. There will be two variations of it,...

vivo is announcing their vivo...
View All
Menu